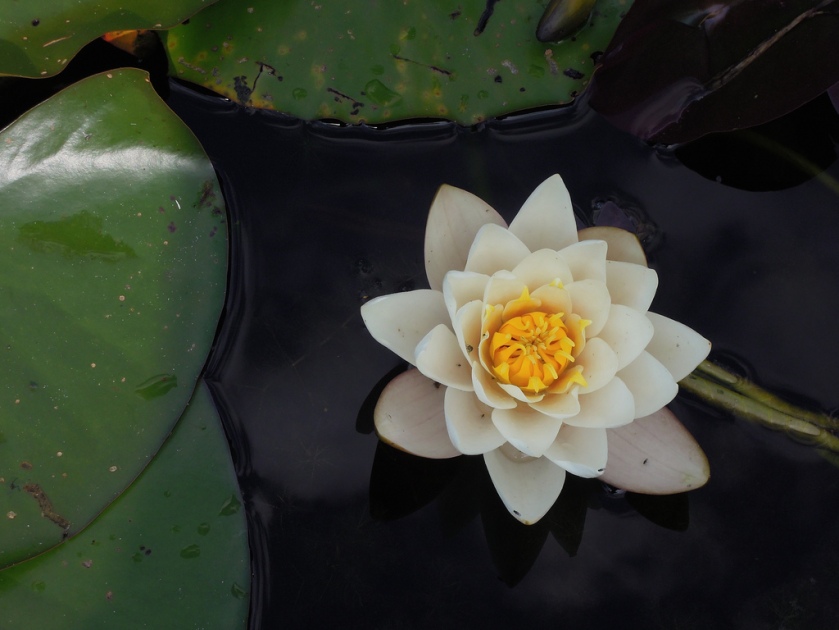 He was twenty-seven years old and some change the day we crossed the icy pavement to a little Thai place on Kirkwood and Lincoln.

It was a bitterly cold Tuesday with snow lazing in gray piles along the curbs and at the corners of parking lots. At dinner, we sipped ice water from cloudy plastic cups, while a short lady with a silky black bob chopped cucumbers in rhythmic rap-rap-raps. We placed our orders and made the kind of small talk that feels big even in the moment.

I couldn’t tell you about my half of that conversation, but his words, they’re seared into my memory, branded across the pages of a chapter called “My Last First Date.” His eyes were shining as he talked about his father and the grin that spread across his lips when he talked about his college days revealed far more than his words did.

It is for the best that he’d already hooked my interest before he even talked about thirty-five. Had that not been the case, it might have scared me off. Well, that’s unlikely, but it did scare me. I would revisit that number and that conversation over and over again for days, even years to come.

“Thirty-five,” he said. If he had a dream, it could be summed up by a number and that was it. To him, it represented “the life,” a wife, children, the house, the career. Thirty-five was his slice of the American dream. For years, I would remember more than anything else he said that his dream was defined by children playing in the yard.

Fast-forward to November 2014, to my now-husband’s birthday, his thirty-fifth birthday.

For one who so clearly recalls a day in 2007, you’d think I could tell you what we did just this past November. You’d be wrong. My guess is that we went to dinner, perhaps a movie, neither of us can really be sure.

What we did after, though, will always be fixed in our memories. And, I don’t mean to be salacious. Making love after so many years together is merely a reflection of this life. It is sometimes unexpectedly poetic, sometimes frenzied or lazy or beautiful, sometimes mundane, and sometimes, a very rare and sweet sometimes, it is life altering.

My husband’s thirty-fifth birthday was a day marked with red ink in the calendar of my mind, a numerical representation of so many things I haven’t been able to give him, the largest of which was my barrenness, though he never, not even once seemed to see it that way…

On birthday thirty-five, we did what we no longer really even dreamt we could do: we created a miracle.

He will join us more than six years after we began trying, though he has been longed for and loved before we even knew that it would be us, that we would be the lucky ones to have him.

I’m not sure how the story of thirty-five comes across. Is it as serendipitous in the telling as it feels to me?

After all, for better or worse, I’m the one who has carried around this number for all these years as a measuring stick by which I continually fell short. I’m the one who still plays with the math in my mind, who still marvels at how the numbers so perfectly — almost too perfectly? — lined up to make this pipe dream a wiggling, kicking, punching reality.

I’m the one who gets to be the wife and mama in the story of thirty-five, the dream that started with dinner and came along with us through two cross country moves, through loss, through… so many things, really, to quite unexpectedly became my very own.